Today, there are many different kinds of Friends, who are also known as Quakers.  Boise Friends Church is a part of the Northwest Yearly Meeting.  The Northwest Yearly Meeting of Friends affirms as essential Christian truths the following teachings: the sovereignty of God; the deity and humanity of Jesus Christ; the atonement through Jesus Christ by which persons are reconciled to God; the resurrection of Jesus, which assures the resurrection of all true worshipers; the gift of the Holy Spirit to believers; and the authority of the Holy Scriptures. 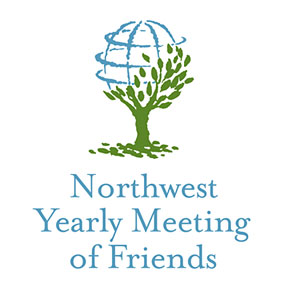 The Yearly Meeting also endorses traditional statements of Friends, including those emphasizing an inward encounter with God, communion without ritual, an individual responsibility for ministry and service, and striving for peace and justice. In addition, the Yearly Meeting speaks to contemporary issues concerning morality, human relationships, and Christian commitment. Friends hold that an authentic Christian belief results in both an inward faith and an outward expression of that belief.

Information that more fully documents Friends’ beliefs may be obtained through Northwest Yearly Meeting’s “Faith and Practice” or from a local NWYM Friends Church. 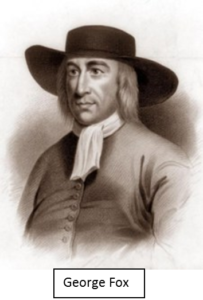 The Friends Church arose from a movement of Christian renewal that began in England during the seventeenth century. The major leader of this renewal was George Fox, who longed for an authentic faith which he finally experienced in the reality of Christ Jesus. Fox found this experience with the living Christ so compelling that he quickly told others about it. People responded eagerly, and the fellowship of believers rapidly grew in numbers. They called themselves “Friends,” in accordance with Jesus’s words, “You are my friends, if you do whatever I command.”

In the United States, William Penn’s colonization of Pennsylvania provided a haven for oppressed persons and for respectful relationships with the Indian nations. Friends participated in the westward migration, establishing churches and schools wherever they settled. The value of all individuals, the respect for life, and the need for solutions rather than conflict have consistently characterized the Society of Friends. These ideals remain true today.

Friends first came to the Northwest in significant numbers in the 1870s. Many of the early settlers came from Iowa, drawn by the prospect of a fertile land where they would not have to “endure Iowa winters again.” Many settled in the Chehalem Valley, southwest of Portland, where Newberg is still an important Quaker center.

By 1893, Oregon Friends had grown to seven monthly meetings (local congregations) with 1,363 members, and in that year they were established officially as Oregon (now “Northwest”) Yearly Meeting. Not only did Friends continue to grow in Oregon, Washington, and Idaho, but they also immediately took up mission work in Alaska, and later in Bolivia and Peru.

Boise Friends church had it beginnings over 100 years ago. After an earlier attempt to establish a monthly meeting (local church), a second and more fruitful effort in 1905 saw the establishment of what is now Boise Friends Church. Meetings were held in the homes of the first members until a building was built in 1900 on Eastman Street in North Boise. A second building was completed in 1970 on Goddard Road where the church currently meets.

Learn More About Us